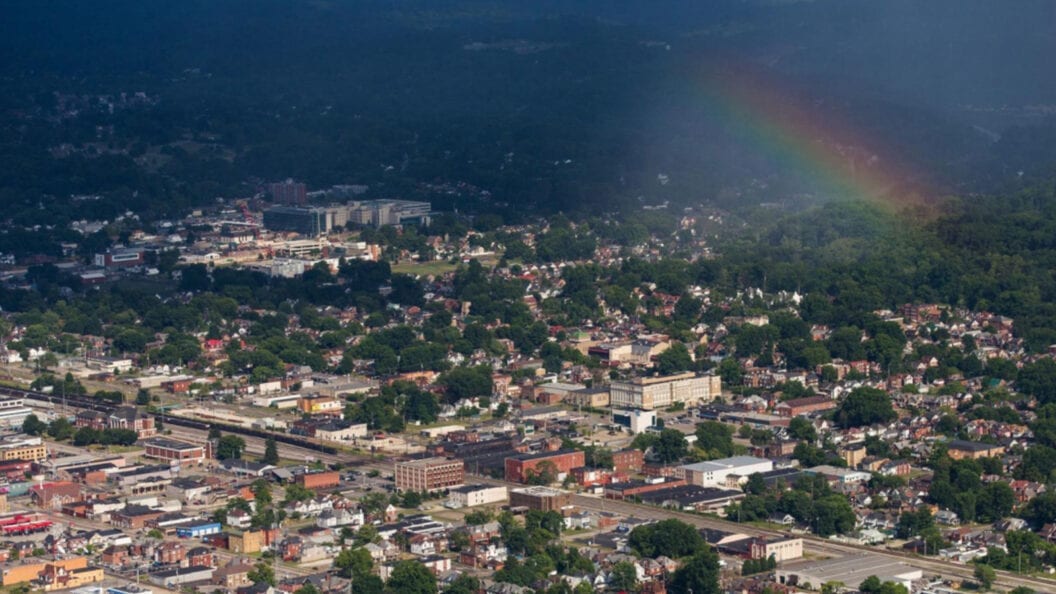 This article was originally published in The Herald-Dispatch.

HUNTINGTON — America’s Best Community now also holds the distinction of being the nicest in the Mountain State.

The 2020 “Nicest Places” competition is focused on communities responding to the challenges of the year — the pandemic and social justice reform.

Kathy Cosco, a member of the My Huntington committee and marketing director for the Robert C. Byrd Institute, nominated Huntington for the contest, focusing on the My Huntington campaign to feed health care workers and support local businesses during the pandemic. The My Huntington Cares campaign raised $13,000 and provided meals from 10 Huntington restaurants to hospital staff at Cabell Huntington Hospital and St. Mary’s Medical Center at the start of West Virginia’s stay-at-home order.

“Prior to the COVID-19 pandemic, Huntington, West Virginia, had been experiencing a renaissance,” Cosco wrote in her nomination letter. “New businesses and restaurants were opening downtown, and the community was implementing some of the development plans that earned it a $3 million prize and the title of America’s Best Community in 2017 in a national economic development competition. But like other communities in the Appalachian region, our small population makes us less attractive to large corporations, so the investments we see in our community come from within. So we are concerned about our small businesses and how they will fare after the hits the economy has taken in the pandemic.”

Cosco told The Herald-Dispatch on Thursday that beyond the My Huntington campaign, the Jewel City has always been worthy of this title.

“I love this community,” she said. “I love it because of the people. It’s always been this way. Its kindness and friendliness is in the fiber of this community and has been throughout this entire experience in Huntington — as a Marshall student to today.”

A native of Hurricane, West Virginia, Cosco chose to attend Marshall University. Her father was a state trooper at the time and had a criminal case tried in Huntington.

“He told me, ‘They are the friendliest people down there. You walk down the street and everybody talks to you,’” she said. “That is kind of the nature of this community. To have it recognized that way, it’s pretty cool. Huntington deserves it.”

In a statement, Huntington Mayor Steve Williams said the recognition was a compliment to all who reside in Huntington and the greater Tri-State area.

“It is gratifying that Reader’s Digest has seen what we have known in Huntington for some time — that we are an inclusive community that cares for our neighbors,” Williams said.

“The Huntington community came together to support their local businesses and their health care providers who are working tirelessly to care for their fellow West Virginians in the middle of a global health crisis,” Manchin’s statement read. “Their teamwork and resilience in raising thousands of dollars and feeding so many is impressive and encouraging that even during these difficult times, our state is resilient. Huntington’s collaboration is an inspiration to the rest of the state, and I look forward to hearing about more projects like these as we continue to respond to the pandemic together.”

As part of the Reader’s Digest “Nicest Places” contest, the magazine teamed up with More in Common, a nonpartisan civic nonprofit committed to building a more united America, to survey Americans’ sentiments on the state of the country.