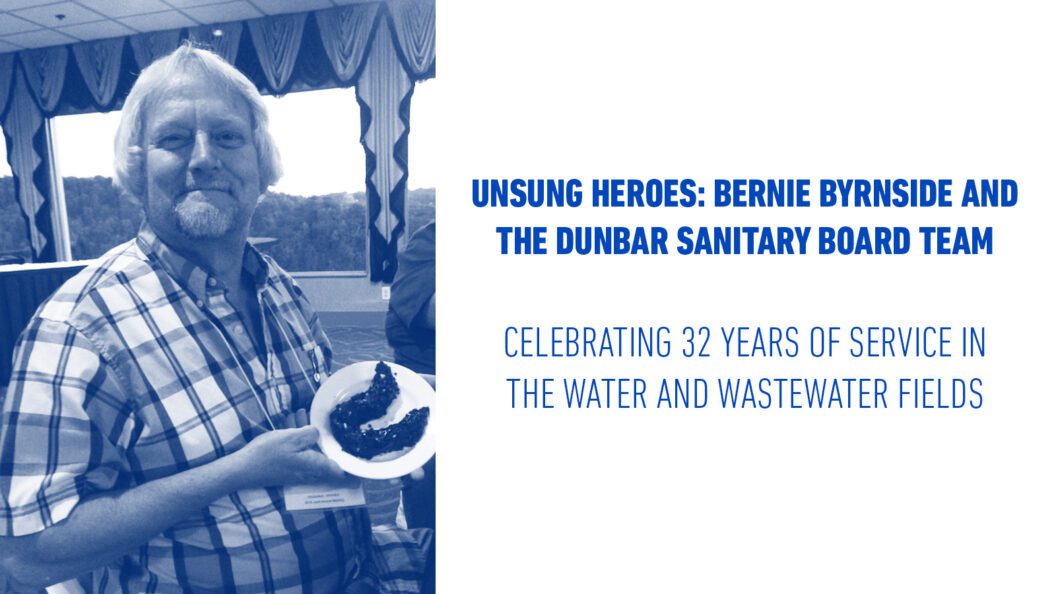 Celebrating 32 Years of Service in the Water and Wastewater Fields

For more than three decades, Ronald (Bernie) Byrnside has worked tirelessly in the water and wastewater fields.  As manager of the Dunbar Sanitary Board for more than two decades, he and his team are committed to maintaining the highest quality standards.

Before he was hired as the chief operator and manager of the Dunbar Sanitary Board, the organization was embroiled in a lawsuit. But Bernie was committed to the community and eager to solve the problems they faced.  Eventually, he and his team were able to move forward with a project to replace the existing plant completely. They also oversaw upgrades to several portions of the collection system.

Before serving the city of Dunbar, Bernie worked at a wastewater treatment plant where he obtained a Class Four Operator’s License.

During his career, he has also been instrumental in giving back to the profession. He has trained countless operators as an instructor at the state’s Environmental Training Center for more than a decade. Bernie also served on the Board of Directors of the West Virginia Water Environment Association.

After decades of dedicated service, Bernie is retiring this year. On behalf of everyone at SPS, we commend him for an award-winning career and want to wish him nothing but the best in retirement.

Special thanks to former Dunbar Mayor Bill Cunningham for his contributions to this article.